Skip to content
Home All Posts Norway and it’s Fjords

Land of the Midnight Sun Cruise

Day 0 July 3 – Stansted, England. Left from Lucca and flew to Stansted Airport. We stayed the night at a Holiday Inn and then the next day took 3 trains to Harwich to board the ship.

Day 1 July 4 – Harwich, England. Depart (Sea miles 0NM Total 0NM)
Harwich is a town in Essex, England and one of the Haven ports, located on the coast with the North Sea to the east. It is in the Tendring district. It is the northernmost coastal town within Essex and is where our cruise begins.

Day 3 July 6 – Alesund, Norway. (Sea miles 687 Total 687)
Ålesund is part of the traditional district of Sunnmøre, and the center of the Ålesund Region. It is a sea port, and is noted for its unique concentration of Art Nouveau architecture. 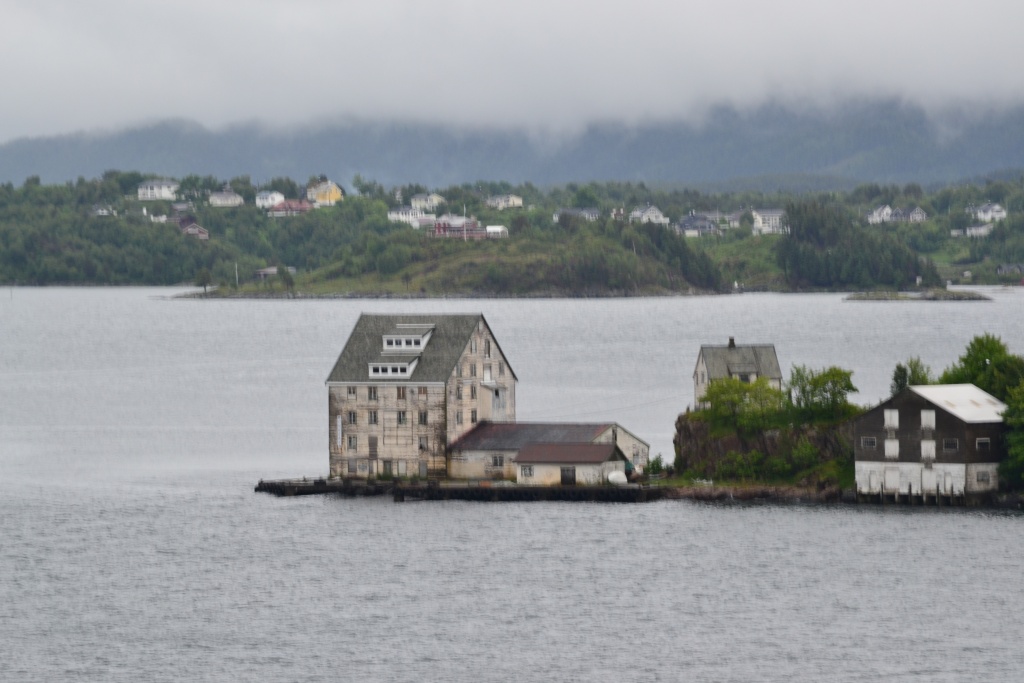 Day 4 July 7 – Trondheim, Norway. (Sea miles 195 Total 882)
Trondheim is an old city in central Norway and is the oldest of Norway’s major cities, and its old heritage can still be traced in and around the city centre. The marvelous Nidaros Cathedral, the second largest church of Northern Europe, towers over the city centre, which is roughly the area inside the bend of the river Nidelva. 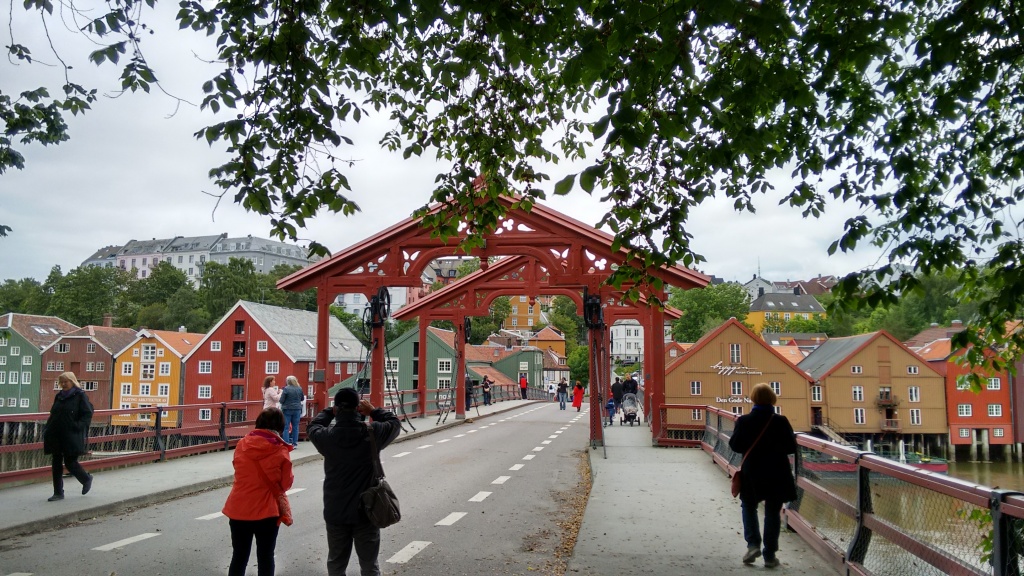 Day 5 July 8 – At Sea.Tonight at midnight the sun was setting but never went below horizon. It then started up again. We are now officially in the land of the midnight sun! 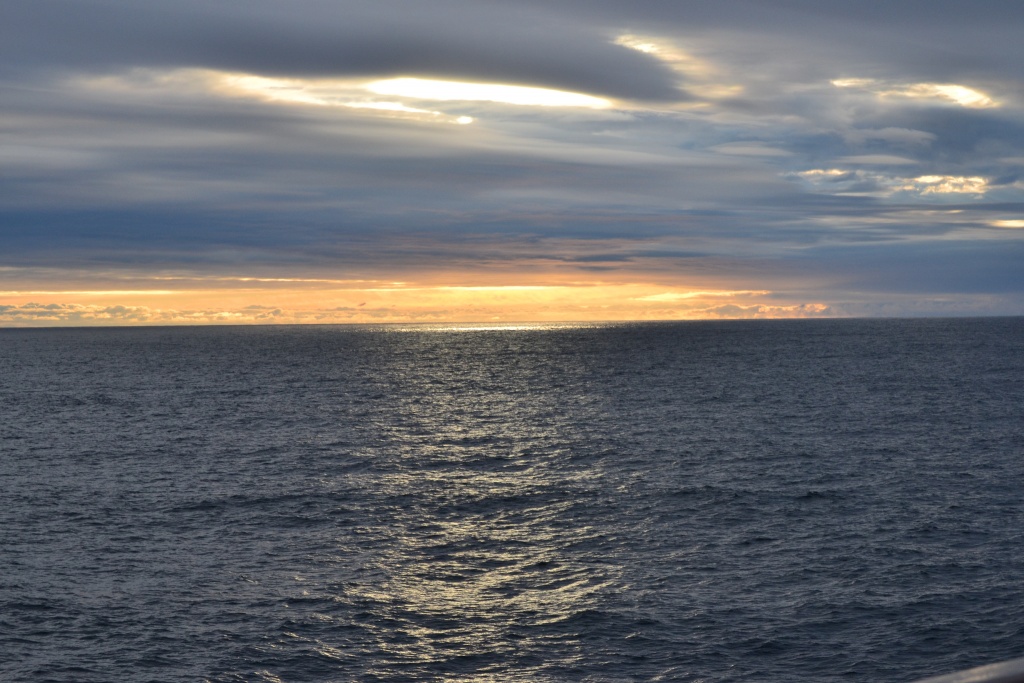 Day 6 July 9 – Tromso, Norway. (Sea miles 519 Total 1401)
Tromso is a major cultural hub above the Arctic Circle. It’s famed as a viewing point for colorful Northern Lights that sometimes light up the nighttime sky. The city’s historic center, on the island of Tromsø, is distinguished by its centuries-old wooden houses. The 1965 Arctic Cathedral, with its distinctive peaked roof and soaring stained-glass windows, dominates the skyline. 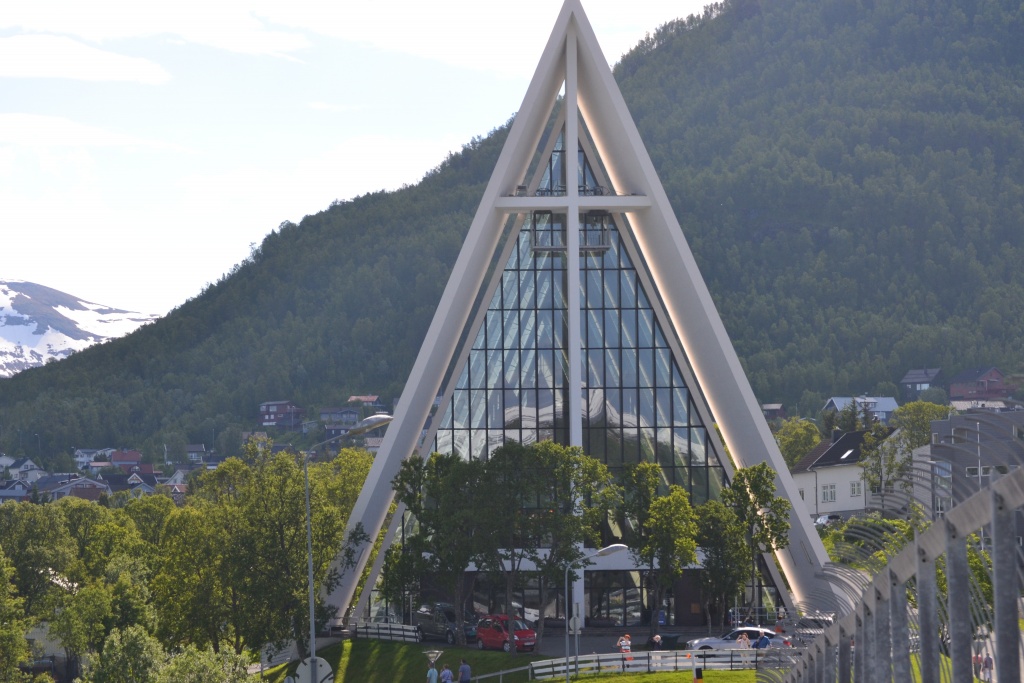 Day 7 July 10 – Honningsvag, Norway. (Sea miles 177 Total 1578)
Honningsvåg is the northernmost city of Norway and is situated at a bay on the southeastern side of the large island of Magerøya, while the famous North Cape and its visitors center is on the northern side of the island. This was the farthest north we traveled. The next day we headed back down the coast to see ports we had skipped on the way up. 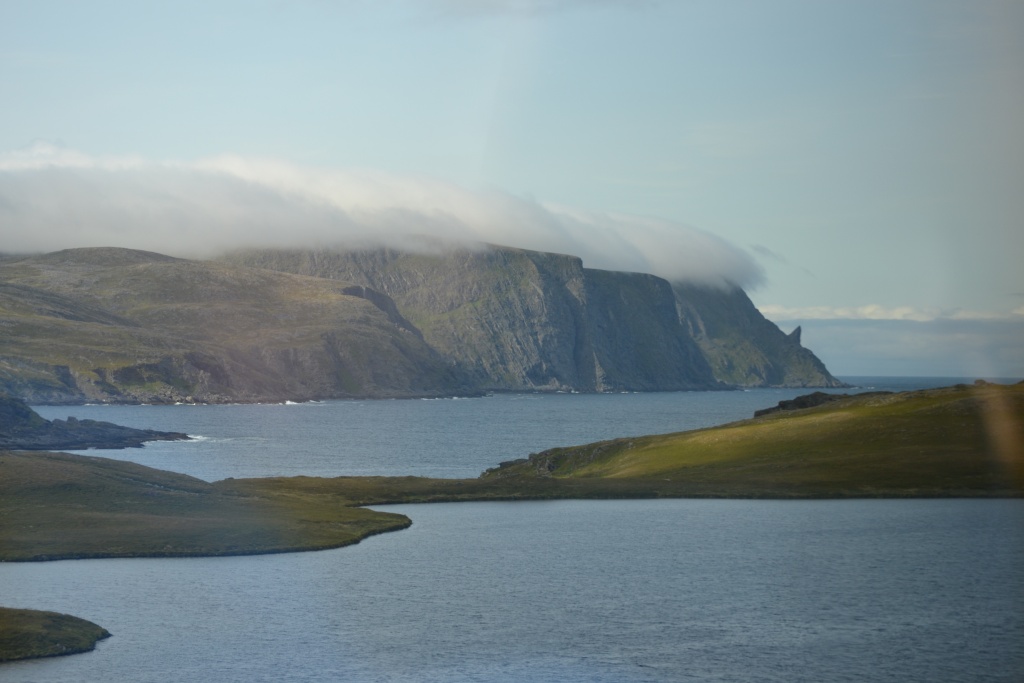 Day 11 July 14 – Geiranger, Norway. (Sea miles 101 Total 2418)
Geiranger is a small tourist village in Sunnmøre region of Møre og Romsdal county in the western part of Norway.  Geiranger is home to some of the most spectacular scenery in the world, and has been named the best travel destination in Scandinavia by Lonely Planet. Since 2005, the Geirangerfjord area has been listed as a UNESCO World Heritage Site. The Seven Sisters waterfall is located just west of Geiranger.

Day 12 July 15 –  Flam, Norway. (Sea miles 261 Total 2679)
The village of Flåm has since the late 19th century been a tourist destination. It currently receives almost 450,000 visitors a year. Most ride the 20-kilometre (12 mi) Flåm Line between Flåm and Myrdal, one of the steepest railway tracks at 1 in 18 (not counting rack railways) in the world.  A former rail station building in Flåm now houses a museum dedicated to the Flåm railway. The harbour of Flåm receives some 160 cruise ships per year.

Day 13 July 16 – Bergen, Norway. (Sea miles 136 Total 2815)
The city is an international centre for aquaculture, shipping, offshore petroleum industry and subsea technology, and a national centre for higher education, tourism and finance. Bergen Port is Norway’s busiest in both freight and passengers with over 300 cruise ship calls a year bringing nearly a half a million passengers to Bergen, a number that has doubled in ten years. Almost half of the passengers are German or British.

Day 15 July 18 – Harwich, England. We arrived back in Harwich. After leaving the ship we again took 3 trains back to Stansted  and stayed at the Holiday Inn Express for the night. The next day we hopped on the plane back to Lucca. (Sea miles 542 Total 3357)